A glimpse of the past

The BONSILAGE success story began more than over 20 years ago, and SCHAUMANN has continued to create new, innovative biological silage additives ever since to match any ensiling situation and draw maximal benefit from your silages. Click below for more information about major milestones in the history of BONSILAGE.

“Getting more out of base feeds” – this is the key driver of the BONSILAGE success story. The development team of BONSILAGE contains experts from three companies within the Huelsenberg Holding:

Strain screening - Pioneering work and the foundation for every subsequent success 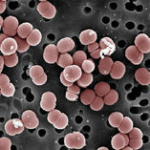 More than 20 years ago, the BONSILAGE Team started the comprehensive screening of lactic acid bacteria, and till now this is the main driver of our successful BONSILAGE program. Time and again since then they have been successful in intelligently combining bacterial strains to achieve optimum performance in specific silage situations.

The performance efficiency of various strain combinations is researched using different forage qualities in lab scale and field trials. On the basis of the parameters gathered, further selections are carried out, until eventually an optimal combination of lactic acid bacteria is established.

Homo- or heterofermentative? Key to success is the combination

Initially it was exclusively homofermentative bacterial strains which were used to purposely control the fermentation processes in the silo. It was known that heterofermentative bacteria strains are capable of producing acetic acid, and were therefore in theory suitable for increasing the aerobic stability of silages. For the time being no-one had been successful in transferring these positive properties to a silage additive.

The BONSILAGE team broke the mold and reaped the rewards. The attempt to combine homofermentative bacterial strains with heterofermentative strains, brought ground-breaking success. BONSILAGE PLUS was the first silage additive to shift the fermentation pattern to a controlled composition of lactic and acetic acid. 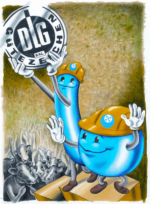 In the year 2000 BONSILAGE was introduced to the market – the 2 variants, BONSILAGE and BONSILAGE PLUS, covered a broad spectrum of use and received an award from the DLG.

The BONSILAGE inoculant received DLG Quality Certification in group 1b, for improving fermentation in lower dry matter ranges. BONSILAGE PLUS received an award for its, at that time revolutionary, property of improved aerobic stability (Group 2), which protected silage from reheating. Other documented effects: improved fermentation in the upper DM range (1c), improved palatability and digestibility (4b).

Maize and CCM – at the heart of silage production

In 2003 continuous research work once again paid off: BONSILAGE found additional bacterial strain combinations, which very specifically focussed on the requirements of maize and CCM.

By using BONSILAGE MAIS the increased tendency for reheating in maize silages was very specifically reduced. Excellent results were achieved with the intensive acidification of BONSILAGE CCM in the corn-cob mix with aerobically stable and hygienically efficient silages.

2005 provided another milestone in the development of BONSILAGE. A strain combination was found which inhibited the proliferation of clostridia.

To date BONSILAGE FORTE is the only biological silage additive to have this feature, making it the product of choice for wet silages and those which are hard to ensile.

In 2017, the BONSILAGE team delivered yet another milestone in the development of silage additives. The new silage additive strain Lactobacillus diolivorans now allows energy-rich silage with excellent aerobic stability to be fed to animals after a mere two weeks.

BONSILAGE FIT forms glucoplastic components such as propylene glycol, which takes strain off the bovine metabolism at the beginning of lactation. This silage additive optimises the energy characteristics of silage and ensures high aerobic stability, which in turn helps manage feed-related diseases such as acidosis and ketosis.

BONSILAGE has in the meantime become the market leader in biological silage additives in Germany, Austria and other countries in Europe.

To date, in over 30 countries, about 38 million tonnes of silage per year are treated using various BONSILAGE products.